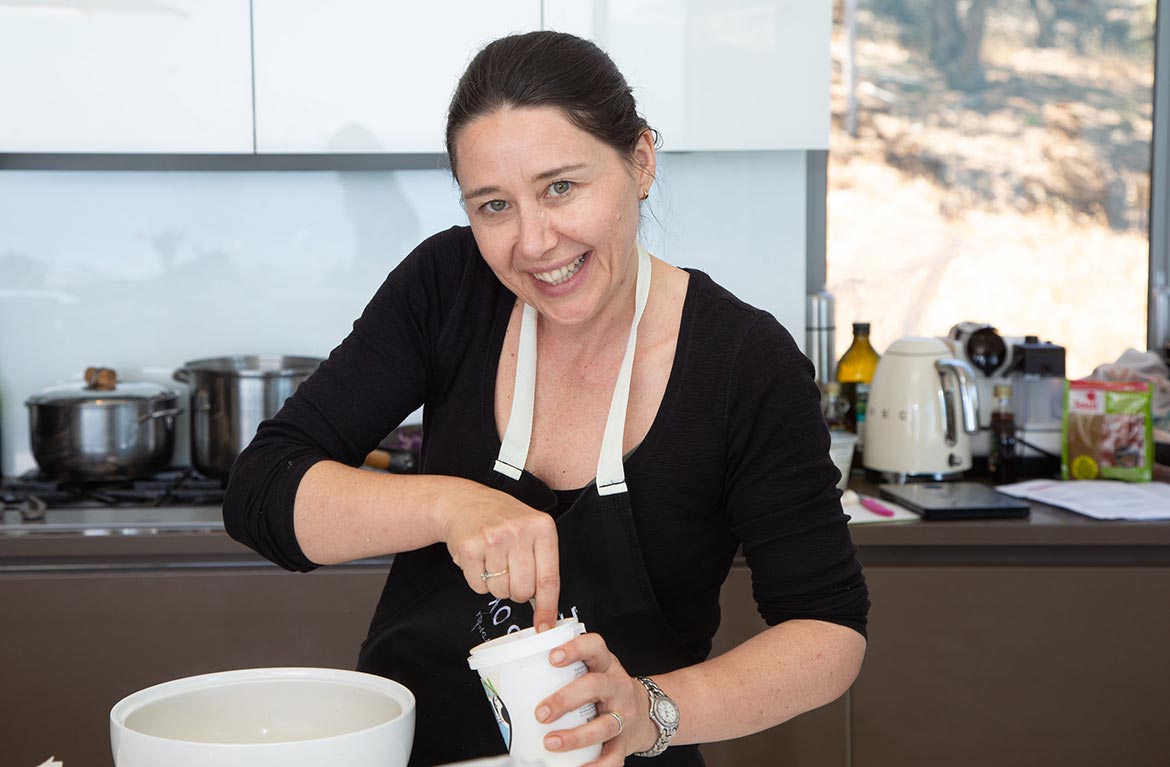 Cape Town-born Sonja, bolted overseas to see the world after studying textile design at Ruth Prowse School of Design in Woodstock, Cape Town. After au pairing in the States, she followed friends to Sydney, Australia. It was mid 90’s and Sydney with its diverse and overflowing food cultures, was the mecca! It was inevitable she would fall in love… with food! She blames Sydney for her coffee addiction too!

Fate led her to a small boutique hotel in Berry, just south of Sydney. The owners, serious foodies, one being a chef, awakened her passion for food, taught her the importance of cooking seasonally and using their kitchen garden. They focused on sustainability, the importance of using small producers and farmers, tapping into all the local farmers in the area. It’s here where she learnt the true meaning of “you are what you eat” and that meant the animals too, their diet and health. It was an epiphany.

After a few years in Australia, she sought formal training at the acclaimed Leith’s School of Food and Wine in Kensington, London and achieved a diploma with distinction as well landing the coveted Moët & Chandon Student of the Year award in 1997.

After graduating, a summer as a private chef in a Tuscan Castello for Italian nobility, Sonja entered the world of food television, for a popular Channel 4 series, Light Lunch then the famous River Café’s The Italian Kitchen with the legendary late Rose Gray and Ruth Rogers. In the years that followed she worked in publishing as an editor, food stylist and writer. Her clients include M&S, Sainsbury’s, Waitrose, Tesco, Asda, Olive and Delicious.

Sonja’s love of cooking draws her back to the kitchen as a private chef in between styling. Some names include Johnny Depp, Vanessa Paradis, Dustin Hoffman, Marc Foster & Terry Gillingham.

Exploring new foodie haunts with her friends and family are top of her list. What Sonja loves most in her job is it allows no room for boredom, the kitchen is rarely the same, work takes her all over in the world. Working with interesting creatives in small passionate teams – the journey is colourful and exciting!